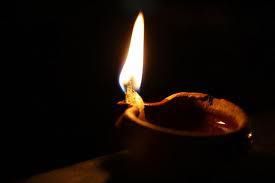 And so I began the reading: “I see the birth chart as being like a conference table, with all the planets circling around it are like the different parts of your Self sitting around the table. The Sun is the chairperson and represents your basic identity, the Moon reflects your emotional nature, the Ascendant is your style of “moving” in the world, and the Nodes are about your life direction and soul purpose. The aspect lines cris-crossing in the center of the chart connect all this—all these voices in our psyche—showing where the conversation is divided and aligned, where it’s tense and where it’s flowing…. ”

My voice trailed off as I looked up at Peter. I wanted to see if he understood this and if he was receiving or resisting this information. It’s easy to see most things, as our emotions are revealed on our faces more than we’d like to imagine. Most of us have no idea how transparent we are—nor do we want to admit that everything about us speaks to who we are—not just our clothes or our tone of voice, but even the way we look at each other, or don’t look, or the way the jaw muscle can be seen tightening or the twitching of the nose that can reveal almost as much as the astrological chart.

As I opened the door of my office that morning, I wasn’t thinking about this or if this client would be receptive. I was feeling my usual reluctance and nervous anticipation, and so was taken aback by Peter’s presence. Thick dark hair, pale white skin and near-black eyes framed a nearly impeccable face, hinting of some purity of heart. I knew he was thirty-five years old yet something made him look older than his years. He was coming here today for his first astrology reading, and as he extended his hand, I was impressed by the gracious formality of his handshake.

The flesh and blood reality of a client always shocks me at first, because after spending several hours analyzing their charts, I think I know them, and I don’t. Clients never seem to look as I would imagine them, and it’s humbling to be so often wrong about first impressions from the chart. And then it’s heartening to hear how courageously they’ve survived and even thrived even with the most “challenging” of birth charts. Peter appeared to be a survivor, and had somehow learned to thrive despite living under what the ancient astrologers used to call ‘”malefic” aspects. Of course, I never use those words, malefic or auspicious, but I couldn’t help but wonder what kind of wounding this man had survived. His chart was challenging, yet his eyes were kind.

“Is this your first reading?” I asked, while motioning him into the cozy room.

“It is…and what a lovely place you have here! Is that a Goddess’s face carved into that fireplace mantel?” He stared intently at her face while I stared at his. He was tall and thin, and wore a dark navy pea-coat with the collar turned up around his neck.

“It is” I answered, while motioning him to the green rocking chair, hoping he was approving of the setting for his reading. This Victorian office had high ceilings and dark wood walls where the lights could cast shadows and allow nuances of mood. The black wrought iron fireplace was carved into with the face of the Goddess, and I hoped that the numinous face would bring the spirit of the feminine into the little consulting room. Her downward looking eyes seemed to know how to keep a secret.

“So have you been doing this long? It’s my first time—you know---I don’t even come up to this part of town much. I’m not much of a believer in anything….so I hope that’s OK, just to try—“

“Of course it’s fine!" A Cheshire cat smile crept across my face. "Let’s just see what we can find here that could be helpful to you.” I splayed the charts in my hand like a card deck. “I don’t predict death by execution or anything like that….we’ll just read what’s here.”

I pointed to the two chairs on either side of the amber stained glass lamp. It was so quiet for a moment. I could hear the motions of the antique clock on the mantel, and I wondered if I had remembered to clear the clutter of papers off my desk. He looked instead at the bookshelf which covered one wall.

“Lovely,” he whispered, as we sat down, and I admired the pristine clarity of his English accent.

Most of us don’t like to feel too vulnerable, and though we don’t want to admit it, I think there’s a mutual resonance that happens when we like or dislike another person or situation, it’s almost instantaneous. We want to feel more in control as we pretend to ourselves that our words, explanations, and sometimes false optimism can present things differently. Yet I could see that Alistair was not only allowing himself to have a reading, but he was willing to “let me in” as well. He listened to my words without interrupting.

Peter’s chart echoed his personal manner: a warm, skeptical and private sort of man. He had his Venus in the private and intense sign of Scorpio, but that was softened by his dreamy Pisces Moon in the 12th house of the unconscious. He had called the day before saying that he was coming to me because he liked the tiny advertisement for my services in “Newport This Week” which noted my background in psychology—specifically, the psychology of the famous Swiss psychologist Carl Jung who was noted for his work with the unconscious and synchronicity.

“You know, I can see that you take this seriously, you’re not just a—what do you call them—a ‘sun-sign’ astrologer or a sketchy fortune teller. I like that…”

I nodded, and thought: here was a gentle man who had come to yet another turning point in his life, and who simply needed a little psychic cheerleading. Here was someone who wanted me re-affirm for him what he already knew to be true---that his first marriage was over, but that the chance for love was still on the horizon. Of course he didn’t say that. What he did say, at the end of our session, was that he’d like to come back.

What he didn’t know about me that day was that I’m a bit of a reluctant astrologer. It’s not about believing or not believing in astrology, because astrology is a language of the soul that exists, and to say that you don’t believe in it sounds to me like saying you don’t believe in “Spanish” or “French”—it’s simply a language that conveys meaning in a very particular way. It opens conversations to personal places without blaming and shaming. I believe deeply in this language, and yet it’s like a finger pointing at the moon. It doesn’t get you there. Instead it describes the journey.
Posted by Elizabeth Spring at 8:09 AM 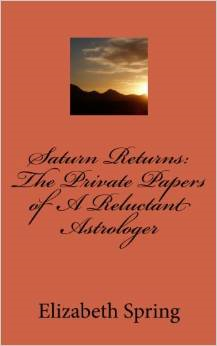